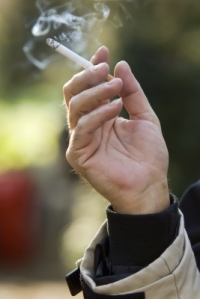 As Queensland cracks down on cleaning up public filth a new law as been passed that has banned smoking in all public spaces.

“At first I was furious,” Brisbane local, Alex Barnaby, told The Gournalist. “But now I can have a ten minute wank break instead and now I’m more productive at my job.”

Sally Freeman, a local single mum says, “I’ve always thought smoking was disgusting. I never smoked a cigarette in my life. But now I don’t have to be ashamed if I wanna give my snatch a good whack while my kids play in the park.”

The new law has also spawned a new fad called “spunkball’. This is where several players engage in a paintball-like game, but instead of paint they use bodily fluids.

*Image courtesy of dan at freedigitalphotos.net

In a surprising turn of events, Dave Grohl has announced that he is actually Chad Kroeger, front man of the wildly ridiculed band, Nickelback.

“I’m telling everyone this now because the joke band is actually Foo Fighters and people just started hating on Nickelback for some reason. I guess it shows who the true music fans really are,” Grohl told The Gournalist.

According to Grohl, Foo Fighters weren’t to be taken seriously at all. All of Grohl’s efforts went to what he considered his most artistic endeavour ever, Nickelback.

“The Foo Fighters is actually a parody band of Nickelback and people just didn’t get it. I didn’t have the heart to tell them that their taste in music was appalling. I can’t believe no one picked up on the similarities. I mean both bands basically pump out the same rocking anthems in different ways.”

Grohl still plans on fronting both bands because money.

Shark Viciously Attacked On Land While Going For Casual Stroll 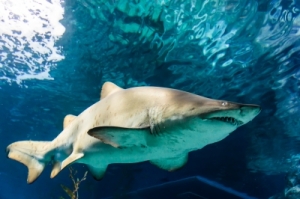 Yesterday, local Great White, Bruce, swam out onto the beach of Surfers Paradise and was viciously attacked by some human people.

The Gournalist was lucky enough to get an interview with Bruce about the attack. “I jumped up on land and was appreciating the oxygen like most sharks do on land, when a couple of humans jumped me. I was lucky to only have my fin and tail mauled. Humans are so territorial,” he said.

It’s been known that human people mistake sharks as baby seals and their natural instinct is to attack and kill.

Bruce has told The Gournalist that he’ll be rounding up the local shark council to see if they can approve a human culling so their walks on land are much safer.

“If we kill some of the humans in the place they live it will be safer for us to go on land without fear of being mauled.”

We’ve been told that humans should watch out for vigilante sharks in the water taking matters into their own mouths.